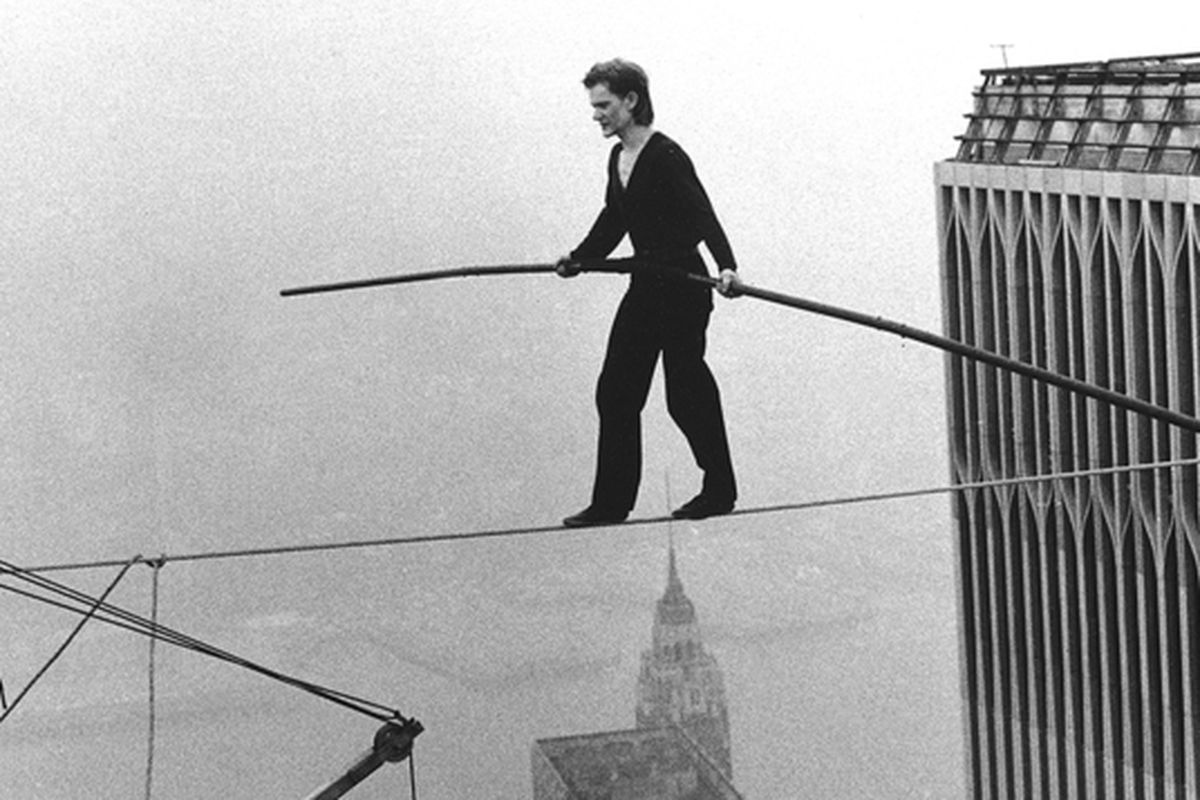 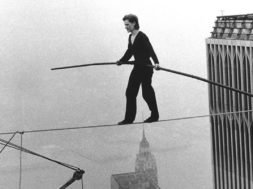 Today in 1974, French high-wire artist Philippe Petit walked between the Twin Towers of the World Trade Center. He made 8 passes over 45 minutes, gathering widespread media attention. He was a quarter mile above the ground and performed with no safety harness. His feat is credited with increasing the popularity of the Twin Towers which, until that point, had been viewed by many as ugly and out of place. Petit’s walk is immortalized in the Oscar-winning documentary Man On Wire (2008) as well as the biopic The Walk (2015), directed by Robert Zemeckis and starring Joseph Gordon-Levitt.