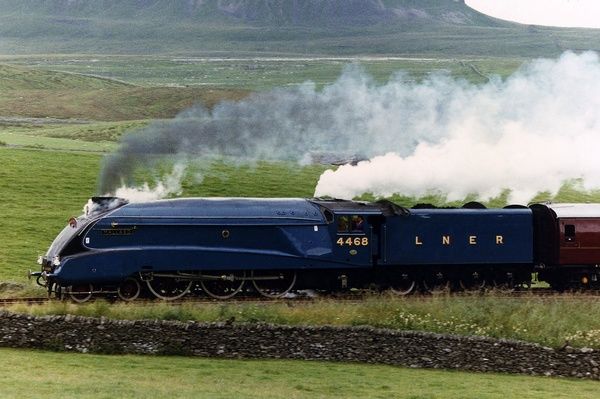 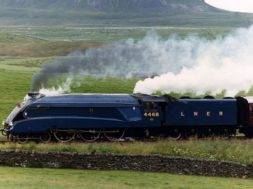 Today in 1938, LNER Class A4 4468 Mallard set the world land speed record for a steam engine while traveling on the East Coast Main Line between London and Edinburgh. It’s top speed reached 126 mph (203 km/h), which is still the official world record today. After 25 years in operation and over 1.5 million miles traveled, the Mallard was retired in 1963 and is currently on display at the U.K.’s National Railway Museum in York.