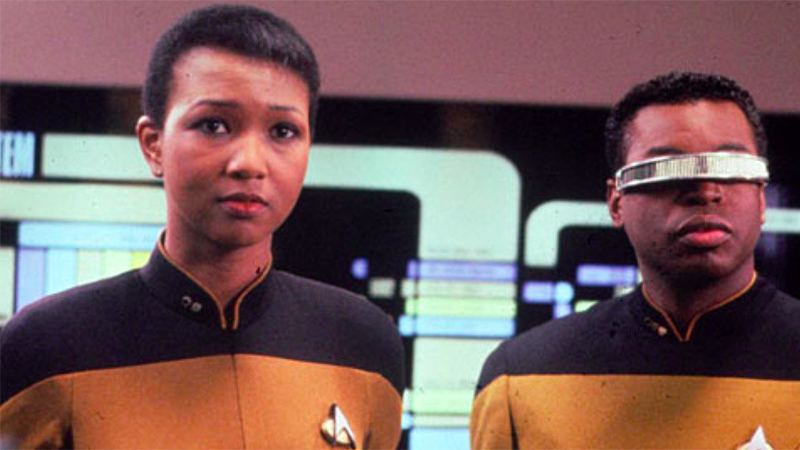 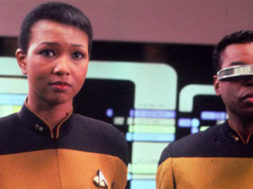 Today in 1993, Star Trek: The Next Generation aired their sixth-season episode “Second Chances.” It was Geordi La Forge actor LaVar Burton’s directorial debut. It was also the first time a real astronaut was cast as a guest actor on the series. Mae Jemison, the first African-American woman to travel in space, was cast as Lt. Palmer. She was good friends with actress Nichelle Nichols (who starred as Comm. Officer Nyota Uhura on the original Star Trek series). Jemison has since appeared in several documentaries about Star Trek and, along with LaVar Burton, is part of the 100 Year Starship Initiative, a program dedicated to independent, open-sourced research on space travel. Click the Image Credit link for a short interview with Mae Jemison from a couple years ago.