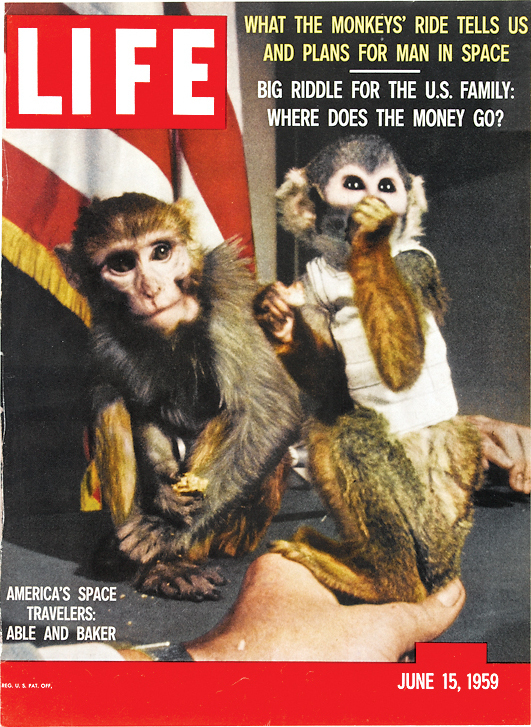 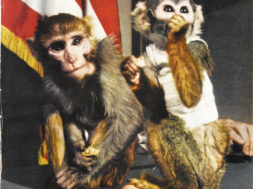 Today in 1959, Miss Able (rhesus macaque) and Miss Baker (squirrel monkey) became the first animals to be sent into space by the Unites States and retrieved safely. They were launched on the Jupiter AM-18 at 2:39 am for a flight that lasted 16 minutes, including 9 minutes of total weightlessness. Four days later, Able died from an adverse reaction to an anesthetic used to remove her testing equipment. Baker went on to live a full life including two public marriages. She delighted in meeting (and cuddling) new people at the U.S. Space & Rocket Center in Huntsville, AL until her death in 1984, at which point she also became the longest living squirrel monkey in history (27 years old).