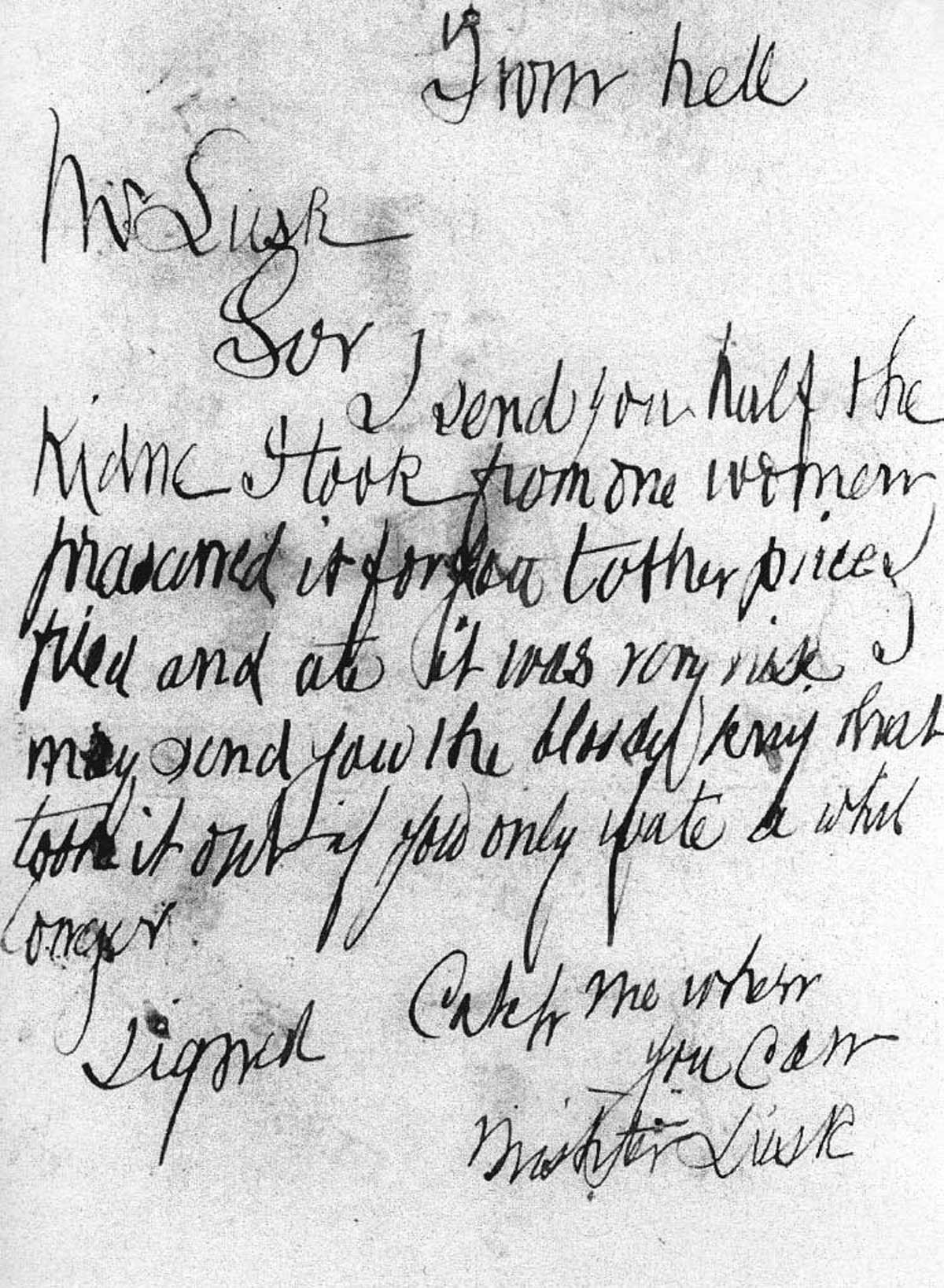 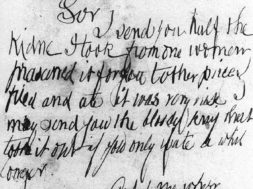 Today in 1888, George Lusk, chairman of the Whitechapel Vigilance Committee in Whitechapel, London, received a letter from a man claiming to be Jack the Ripper. The letter was sent to Lusk along with half of a preserved human kidney. In the letter, titled “From Hell,” the writer claims to have fried and eaten the other half of the liver, and taunts Lusk with the promise to send him the murder weapon if he is patient. The validity of the letter has never been verified, as Jack the Ripper was never identified. In full, the letter reads:

Sor I send you half the Kidne I took from one women prasarved it for you tother piece I fried and ate it was very nise. I may send you the bloody knif that took it out if you only wate a whil longer

signed Catch me when you can Mishter Lusk”