Home Today Years Ago October 30, 1938: The War of the Worlds Causes Panic 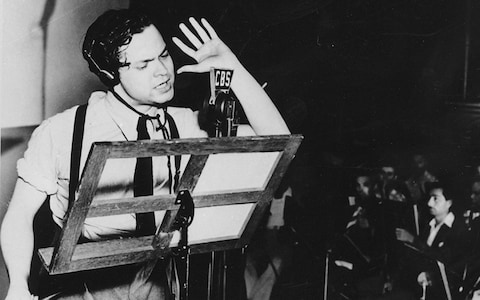 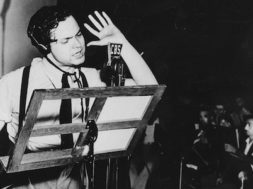 Today in 1938, Orson Welles delivered an adaptation of H.G. Wells’ 1898 novel The War of the Worlds as an episode of the American radio drama anthology series The Mercury Theater on the Air. After a brief prologue read by Welles, the program ran for thirty minutes straight, presented as a music station interrupted by increasingly panicked news stories about an alien invasion. It then switched to a more standard radio drama format. Although the “widespread panic” that is normally associated with the event is embellished, it nonetheless did cause unrest in America. This is mostly due to people already being on edge at the height of the Munich crisis. In fact, less than 1/3 of the panicked audience even knew the story was about extraterrestrials and thought that Germany was invading the U.S. Regardless of public reaction to the story, Welles’ fame rocketed after the event.