Home Today Years Ago October 9, 1990: John Lennon’s “Imagine” Is Heard Around The World 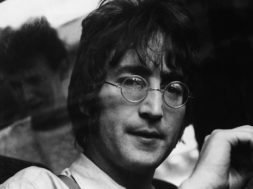 Today in 1990, 1,000 radio stations from over 100 countries around the world simultaneously broadcast John Lennon’s “Imagine” in honor of what would have been his 50th birthday. Lennon was shot and killed on December 8, 1980 by Mark David Chapman. The broadcast originated from the United Nations building in New York City. The idea for the broadcast came from Lennon’s second wife Yoko Ono, who said of the event, “I wanted to provide a way for John’s fans to do something together, but, at the same time, I wanted it to be original and simple.”