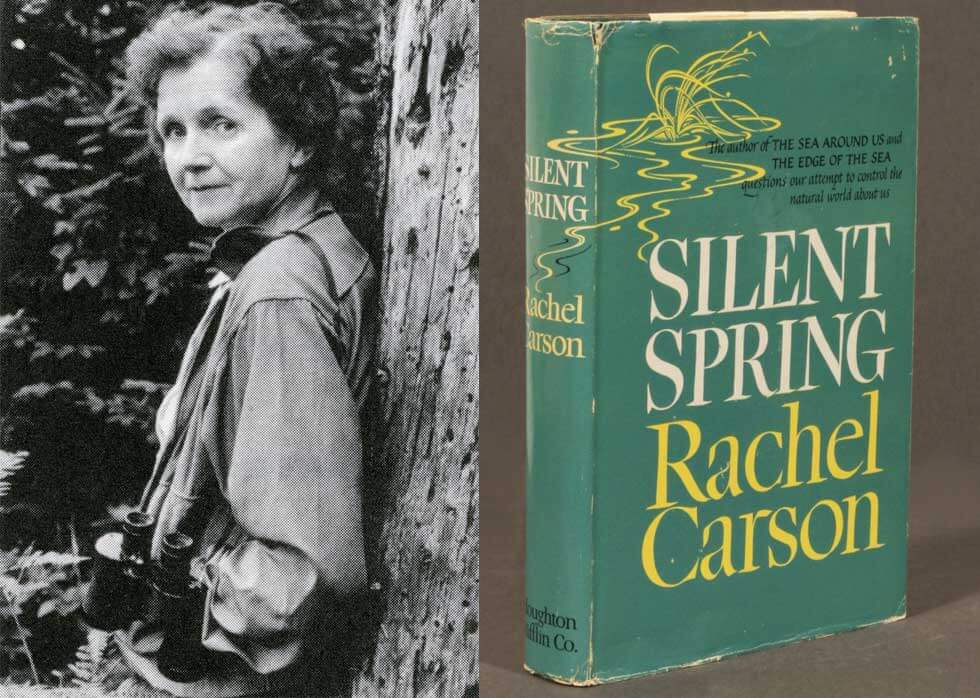 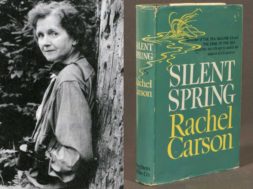 Today in 1962, scientist/conservationist Rachel Carson released her book Silent Spring. In her book, Carson detailed the adverse effects of pesticide use, called out the chemical industry for falsifying information, and accused public officials of looking the other way while it all happened. Her book led to a complete reversal of national pesticide policy, and specifically on the use of dichlorodiphenyltrichloroethane (DDT). The book was also one of the major influences in the creation of the Environmental Protection Agency by President Nixon in 1970. Sir David Attenborough and Al Gore (among many others) have cited Silent Spring as one of the most important science books of all time. Carson died less than two years after its release, after a long-fought battle with breast cancer.