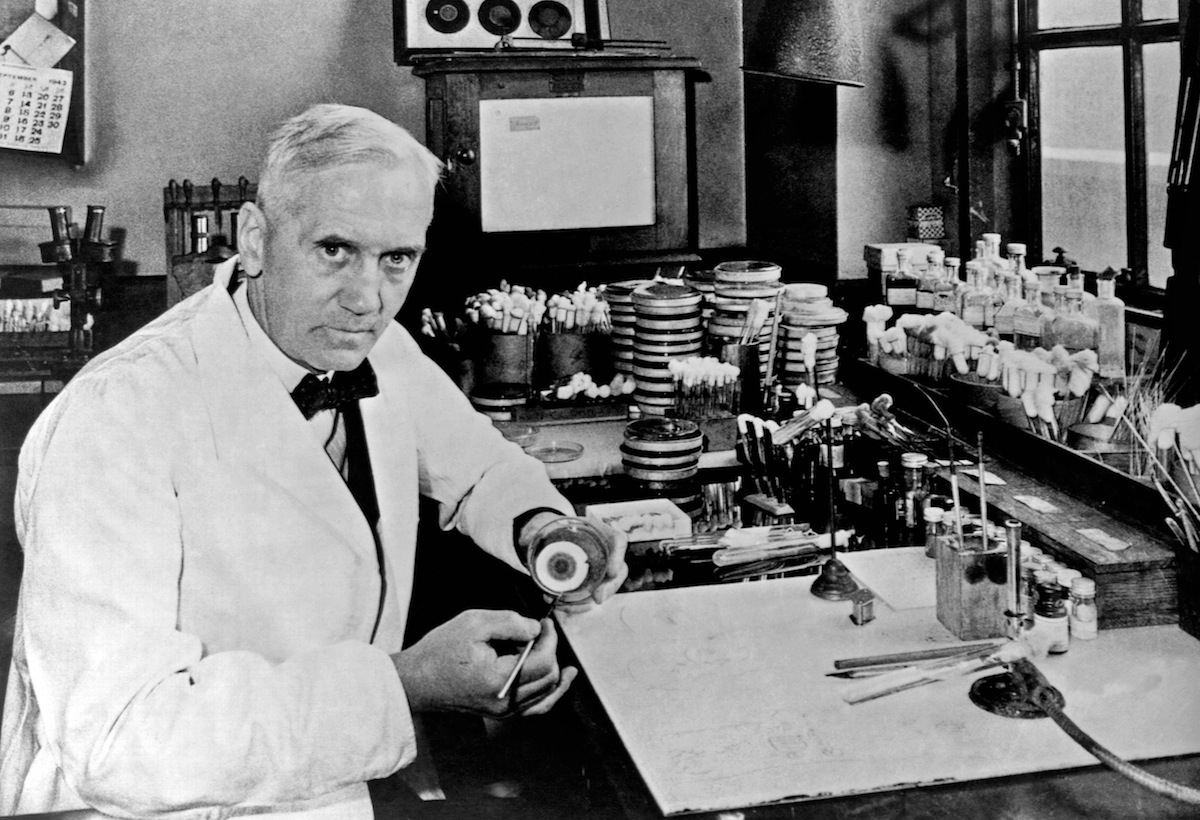 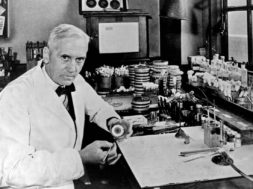 Today in 1928, Scottish microbiologist Alexander Fleming awoke in his laboratory to find a curious fungus growing in a staphylococcus culture he had been studying. The fungus grew in a ring, killing the staph cultures immediately around it. Further testing revealed that his “mould juice” killed many types of infection bacteria. Ultimately, Fleming would abandon his research on penicillin in the 1930’s, but others continued his work, eventually finding a way to turn it into an effective vaccine. Of his discovery, Fleming said, “One sometimes finds, what one is not looking for. When I woke up just after dawn on September 28, 1928, I certainly didn’t plan to revolutionize all medicine by discovering the world’s first antibiotic, or bacteria killer. But I suppose that was exactly what I did.”