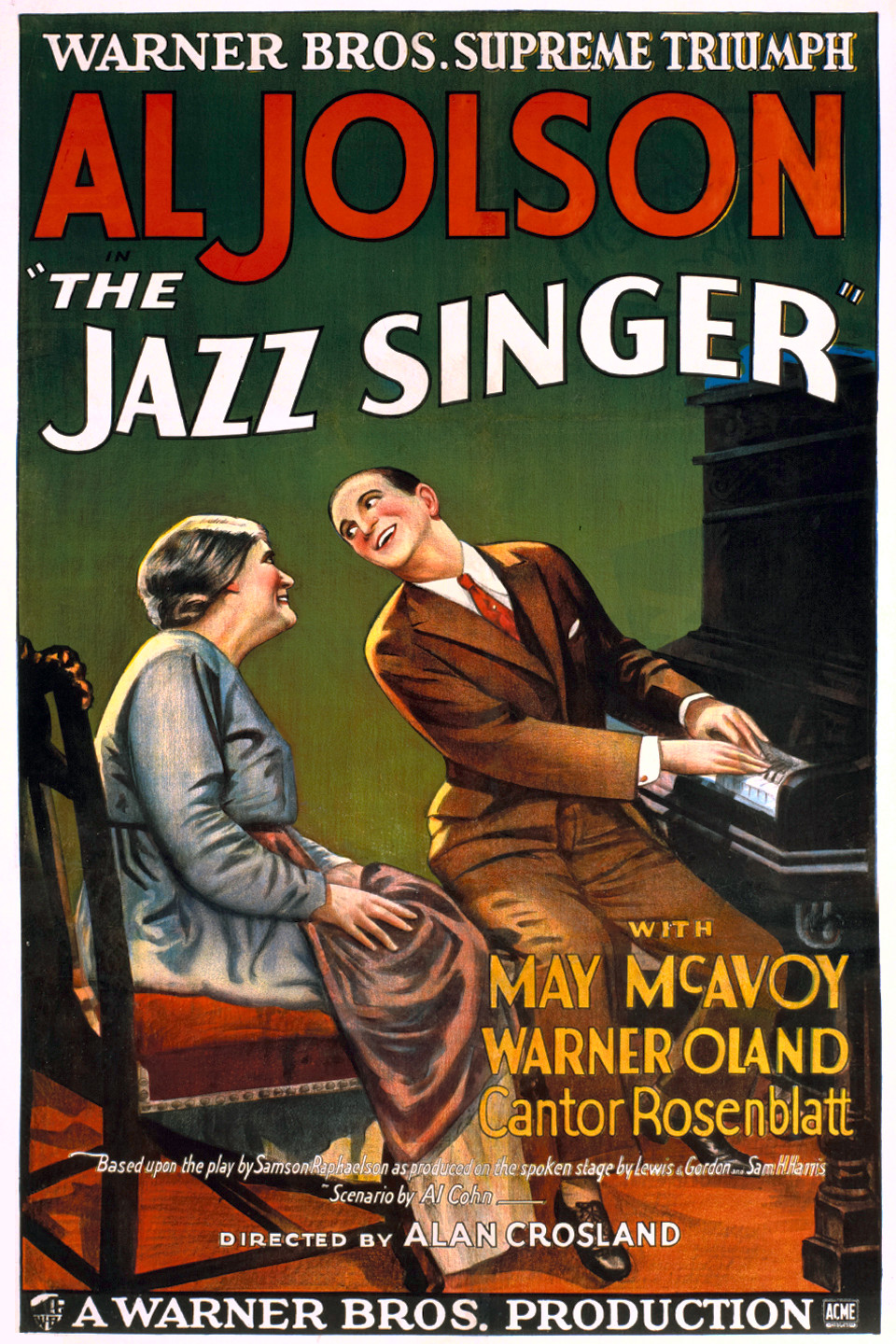 Today in 1927, Alan Crosland's The Jazz Singer, based on the 1925 play of the same name by Samson Raphaelson, was released. It was the first feature-length film to incorporate both a synchronized musical score and lip-synced singing and speaking. It would usher in a new era of "talkies" and marked the beginning of the end of the silent film era.