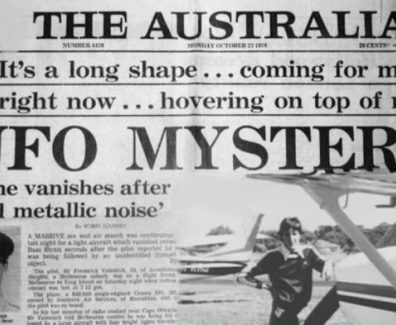 Today in 1978, amateur Australian pilot Frederick Valentich mysteriously disappeared over Bass Strait in southern Australia. Just after 7 p.m., Valentich radioed Melbourne air traffic control in a panic, claiming that an unidentified aircraft was following him. Traffic control told him that no other aircraft were in his vicinity. He described erratic movements, and at […]
Read more