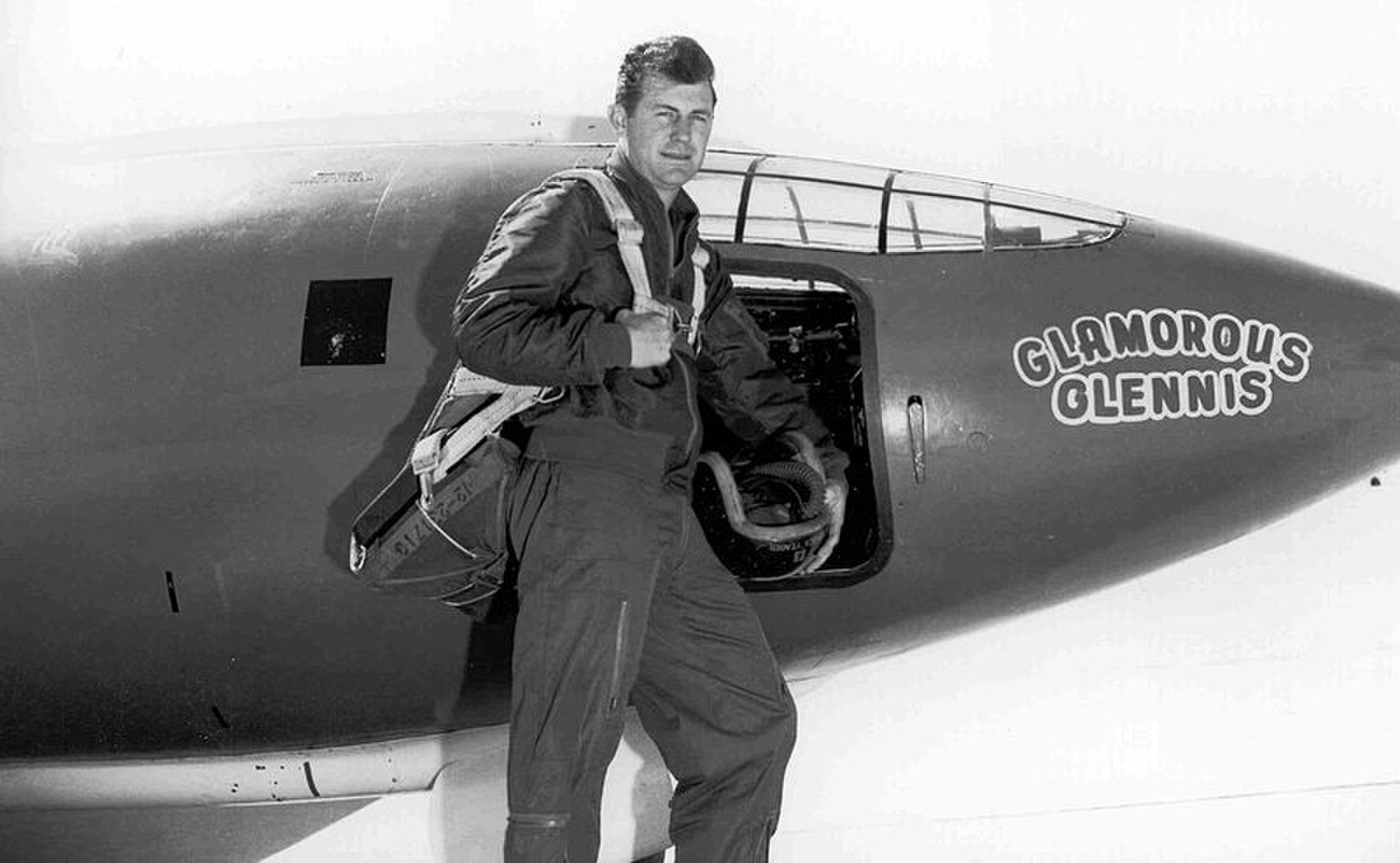 Today in 1947, U.S. Air Force pilot Charles "Chuck" Yeager officially broke the sound barrier in the rocket-powered Bell X-1 aircraft, which he christened The Glamorous Glennis. The Bell X-1 was the result of the USAF modifying designs from the U.K.'s Ministry of Aviation, which started work on breaking the sound barrier in 1942, but the project was ultimately cancelled. Former Air Force pilot George Welch claimed to have broken the sound barrier 2 weeks prior, but, although his story was substantiated by many sources, it was never officially recognized.