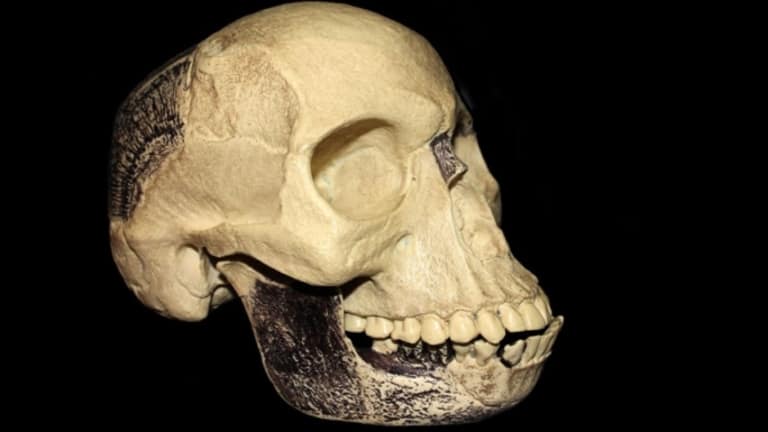 Today in 1953, the supposed "missing link" between humans and apes was revealed to be a hoax. In 1912, anthropologist Charles Dawson claimed to have discovered unusual skull fragments in a gravel pit in Piltdown, East Sussex. After reconstructing his findings, he claimed that it was the missing link in the evolution between man and ape. Although met with skepticism initially, it wasn't until an article published in Time magazine in November 1953 that Dawson's "findings" were publicly denounced. It was discovered that only parts of the skull were human. Others were chimpanzee and orangutan bones that were stained and filed.