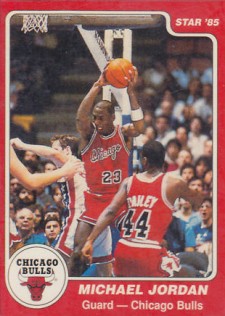 Today in 1985, a young Michael Jordan was named Rookie of the Year by the NBA. Jordan would go on to become one of the most decorated basketball players of all time, as well as one of the most recognizable names in sports history. He was with the Chicago Bulls for 12 seasons and the Washington Wizards for 2. He also played minor league baseball for one season and is a 2-time Olympic gold medalist in men's basketball. Oh, and he starred in one of the greatest movies ever made- Space Jam.   Image Credit: The Cardboard Connection