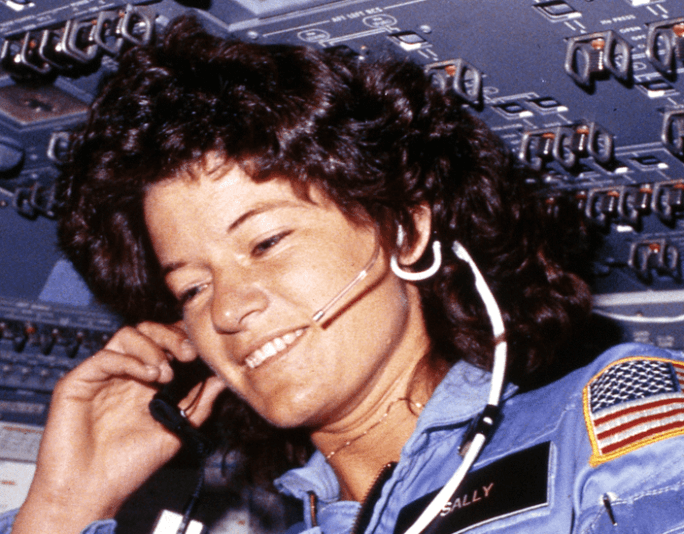 Today in 1983, Sally Kristen Ride became the first American woman to go into space. She is the third woman overall to be in space, after two USSR cosmonauts, Valentina Tereshkova (1963) and Svetlana Savitskaya (1982). To this day she is the youngest American astronaut to have flown in space, at 32. Ride died in 2012, at the age of 61, to pancreatic cancer.   Image Credit: Spring.St