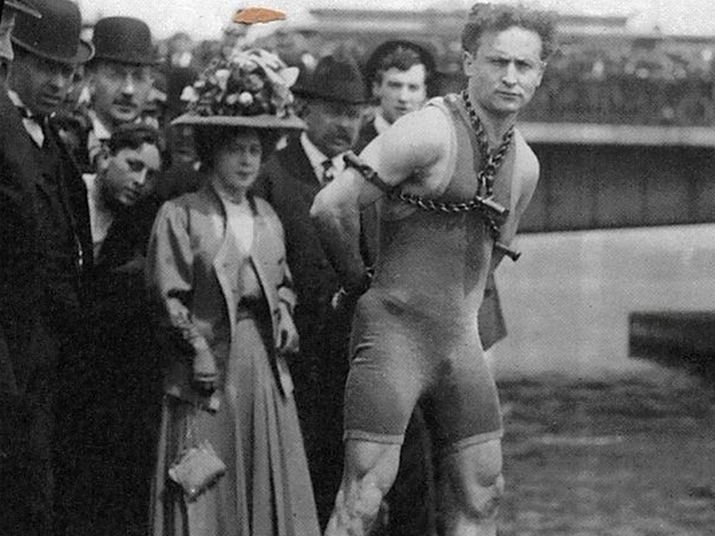 Today in 1926, famed illusionist/escape artist Harry Houdini (born Erik Weisz in Austria-Hungary) performed what would be his final show at the Garrick Theater in Detroit, MI. Houdini performed with a 104° fever and acute appendicitis, despite doctor recommendations that he be hospitalized. After the show, he was taken to Detroit's Grace Hospital, where he remained until his death one week later.