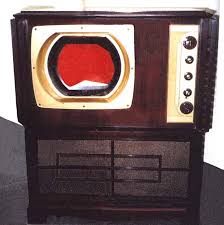 Today in 1950, the Federal Communications Commission granted CBS the first license to broadcast television in color. CBS made around 200 color TV units in the year that followed, before shutting down production on October 23, 1951. By March 1953, CBS announced that it had no plans to continue manufacturing televisions.