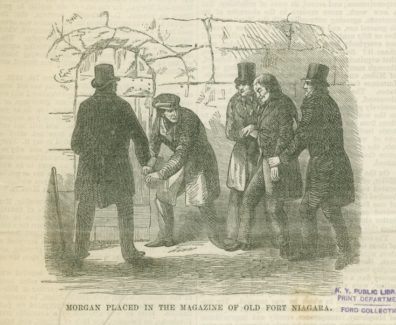 Today in 1826, Captain William Morgan, an ex-Freemason, was arrested and jailed for failing to pay debts owed and alleged theft. He had previously vowed to write a book exposing all of the Freemasons’ secrets. Several days after being jailed, Morgan was broken out of prison by a group a Freemasons who escorted him to […]
Read more