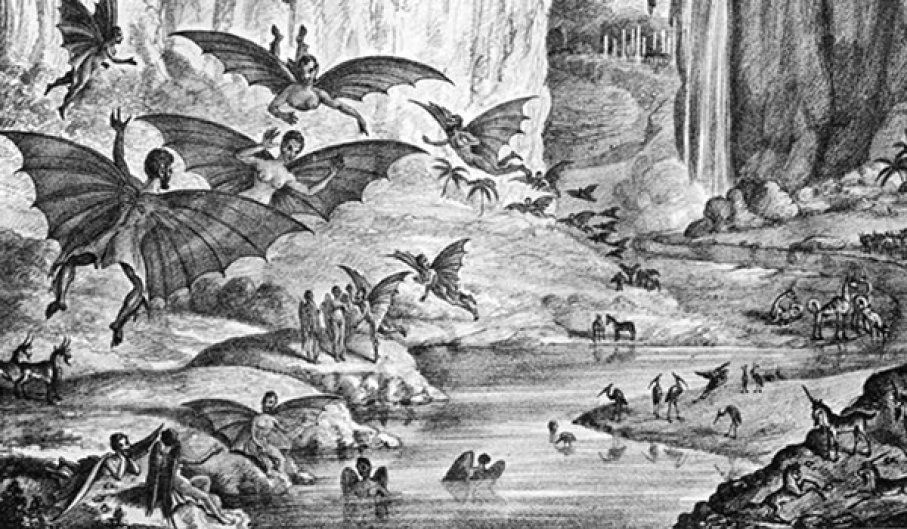 Today in 1835, the first in a series of six articles now known as the "Great Moon Hoax" was published. The articles made extravagant claims of life and nature on the Moon. According to them, the moon was rife with forests, beaches and creatures, including unicorns and bat-people. The "discoveries" were falsely attributed to famed astronomer Sir John Herschel. The series helped make The Sun one of New York's most popular newspapers. Herschel himself was initially amused by the articles until people who believed they were true started pestering him.