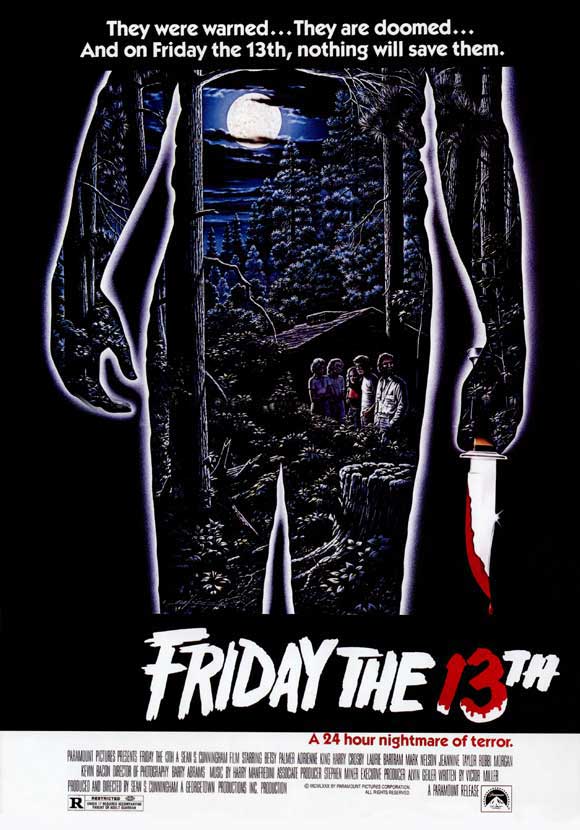 Today in 1980, Friday the 13th (1980) was released in theaters. It was the first slasher/horror film to be picked up and distributed by a major US production company (Paramount Pictures). While initially met with negative reviews, the film has gone on to become a cult classic and a must-see staple of the horror genre. The franchise (considered one of the most successful entertainment franchises in American history) encompasses 12 feature-length films, multiple video games, comic books and novels, and even a TV series.   Image Credit: ClassicHorrorPosters.com