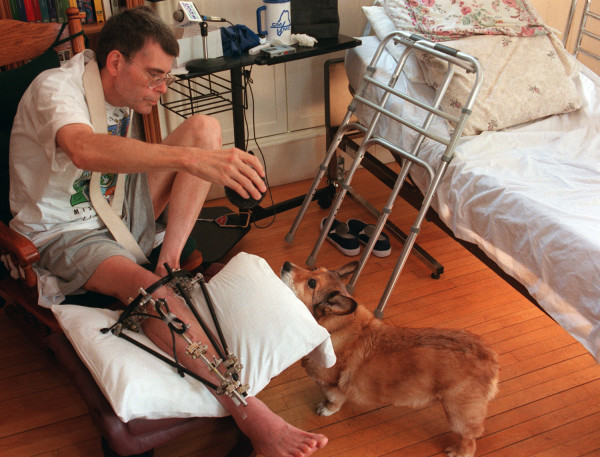 Today in 1999, cult horror author Stephen King was struck by a minivan while walking near his home in Lovell, MA. King suffered numerous injuries, including a collapsed lung and several broken bones. After nearly a month in the hospital, King returned home to find that his wife, Tabitha, had rearranged his study. King likened the feeling of walking into it for the first time to seeing what she would have done to it if he had died. The incident was the inspiration for his psychological thriller novel Lisey's Story (2006).   Image Credit: Bangor Daily News