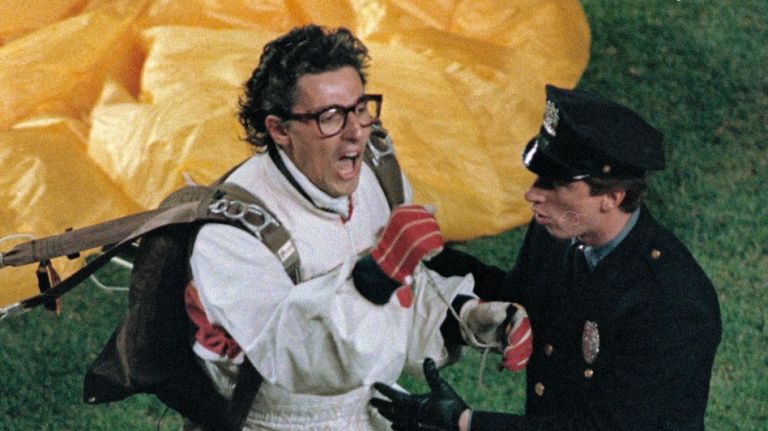 Today in 1986, American actor/director Michael Sergio parachuted into Shea Stadium in Queens, NY with a sign reading "Let's Go Mets." He landed shortly before Game 6 of the 1986 World Series kicked off between the New York Mets and the Boston Red Sox. Sergio was arrested on the spot and spent several days in prison for refusing to name the pilot who flew him over the stadium. Despite being an Emmy-winning director, Sergio is probably best known for this stunt.