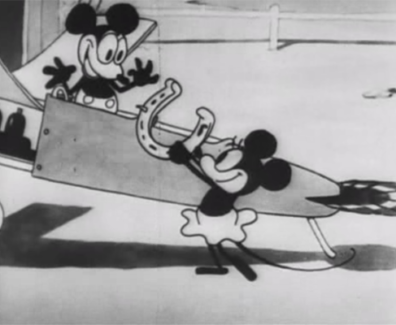 Today in 1928, Walt Disney and Ub Iwerks released the silent animated short Plane Crazy. It introduced the first incarnations of Mickey and Minnie Mouse and was also the first animated film to feature a moving camera. The film failed to find a distributor at the time, but the success of Steamboat Willie, and the […]
Read more