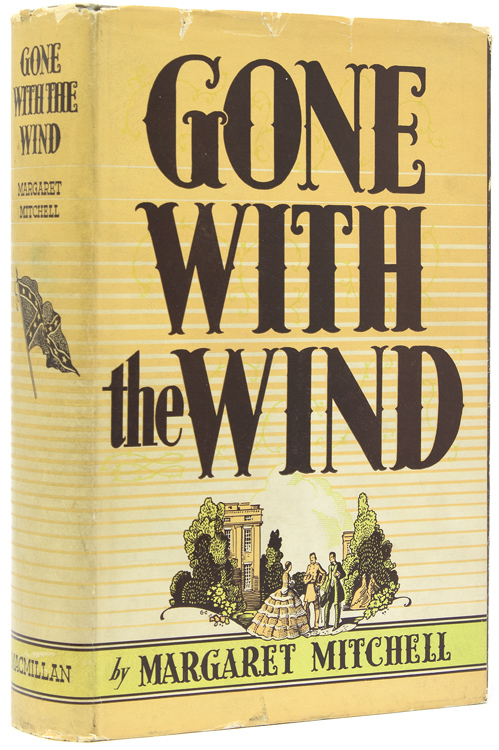 Today in 1937, Margaret Mitchell's novel Gone with the Wind won the Pulitzer Prize for fiction. It has gone on to become the second most popular book in American history, behind only the Bible. It also led to the multiple-award-winning 1939 film adaptation, starring Clark Gable and Vivien Leigh. The novel has also attracted a fair amount of controversy for its depiction of African-American slaves and racial slurs.   Image Credit: jamescumminsbookseller.com