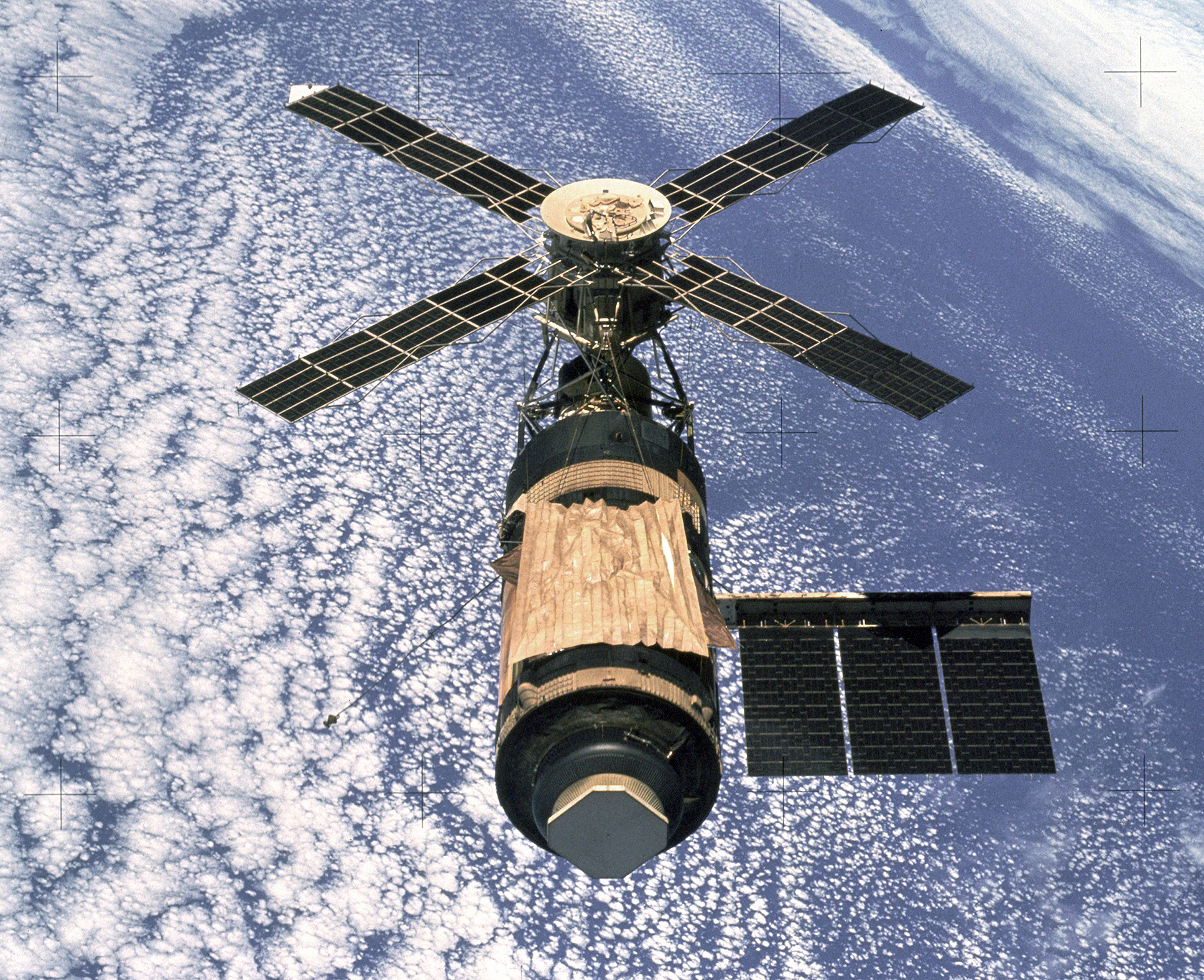 Today in 1973, The United States' first space station, Skylab, was launched into space by NASA. It was visited 3 times by manned expeditions between 1973 and 1974. Over it's 6 years in orbit, Skylab made huge strides in solar science and our knowledge of the sun. Skylab's atmospheric re-entry was on July 11, 1979.   Image Credit: Wikipedia