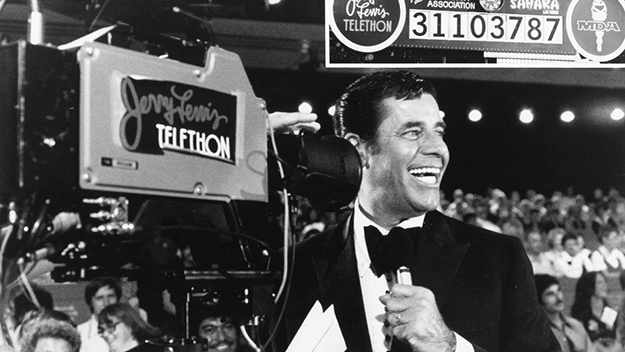 Today in 1966, the first Muscular Dystrophy Association Labor Day Telethon aired. The 21.5 hour event was hosted by comedian Jerry Lewis, who would go on to host the event for 44 years until 2010. 2014 saw the final year of the telethon, with the MDA citing "the new realities of television viewing and philanthropic giving." Specifically, the viral Ice Bucket Challenge was used as an example of how interests in charitable giving have changed. In its 49 year run, the MDA had raised over $2 billion through its telethons.