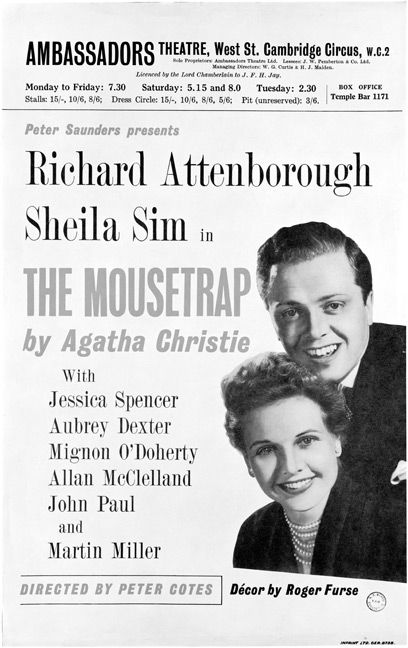 Today in 1952, English author Agatha Christie's murder-mystery play The Mousetrap opened at the Ambassadors Theatre. It featured a young Richard Attenborough in the role of Sergeant Trotter. The show is known for its highly secretive twist ending, which audiences are encouraged not to spoil after every show. The show continues to run today, making it the longest-running West End show and the longest initial run of any play in history (currently there have been over 27,000 performances).