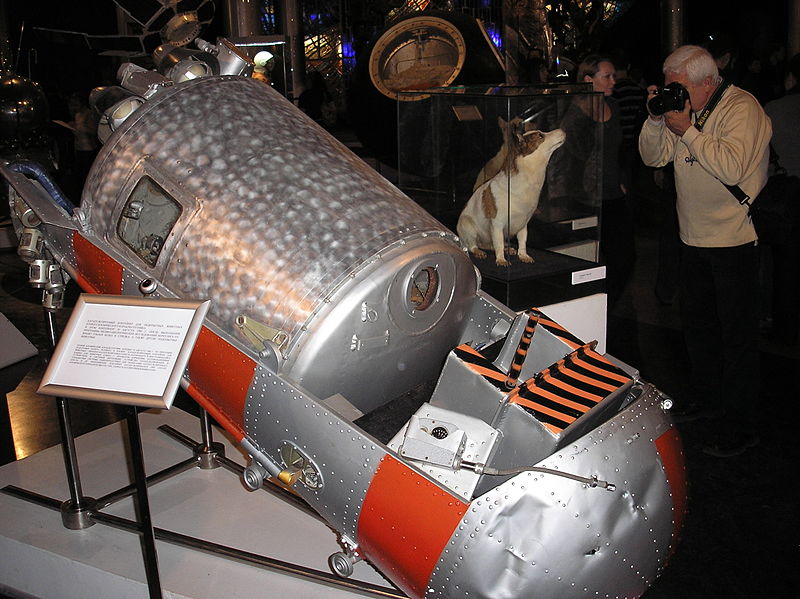 Today in 1960, the Soviet Union's Korabl-Sputnik 2 satellite was launched. It was the first spaceflight to send animals into orbit and return them safely. On board were two dogs, 40 mice, two rats, and a variety of flora. The satellite made 4 orbits around Earth before touching back down the next day. All animals returned safely. The two dogs, Belka and Strelka, were both taxidermied after their deaths and are on display at the Moscow Museum of Space and Aeronautics.